In my previous post, I wrote about the Mac OS Mojave software issues with links to help you find out which software you currently have that is Mojave compatible.

Here’s how to tell which model Mac you have. In the Finder, click on the apple at the top left and select, “About This Mac.” 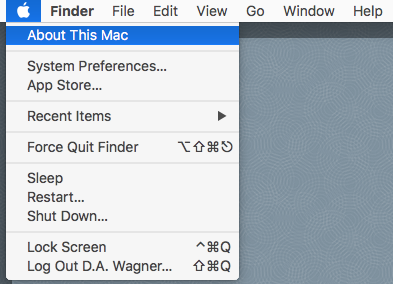 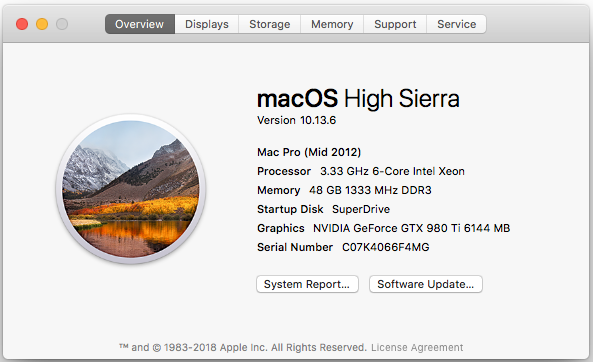 That will open the Overview of your Mac and show what version of the operating system you have installed and the year and model of your Macintosh. 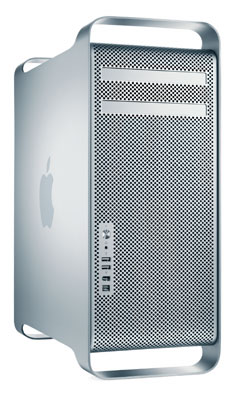 Yes, they call this series of Macs, “cheese graters.” (But I’ve never actually used it for that.)

For those working with 2010 or 2012 Mac Pro cheese grater towers, you’ll need to wait until Apple introduces the next version of the Mac Pro. Or, if you want to update your older tower to Mojave, you’ll need to replace the graphics board with a Metal capable graphics processor. Another few hundred bucks in “life support” expense to keep your cheese grater alive (I know I will be).  If you’re working with earlier models of Apple computers, you’re out of luck for updating your operating system. Your computer will still work, of course. But, you’ll have to stick with High Sierra, or whatever earlier version of the Mac OS you might be using. The full list of what you’ll need to update to Mac OS Mojave is on the Apple website.

Holding out on updating your Mac Mini, since hasn’t been updated since 2014? You may be in luck! MacWorld rumors that there’s a Mac Mini update coming in September. On the other hand, the Mac Pro isn’t scheduled for an update until some time in 2019.

You might want to add up all those wasted moments you’ve spent waiting if you’ve been watching the rainbow pizza spinning every time you click your mouse. It could add up to hours of lost work every week. If that’s the case, you may want to seriously consider updating to a new machine.