SoHo clothing store owner Glenn G. was an avid amateur photographer who traveled frequently to Europe and India for business and pleasure, often with his family. He originally came to me after attempting to organize and combine over a dozen different Lightroom catalogs between his laptop and desktop computers with external hard drives, losing thousands of his photos in the process. He was distraught to say the least. 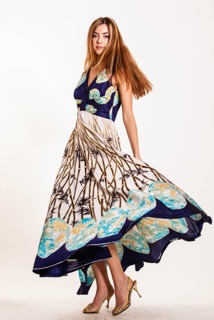 Before we started with any lessons, I worked closely with Glenn to get an understanding of how he worked so I could get his catalogs back in order. It was critical for me not only understand his particular workflow, but to see where and how he set up his Lightroom Catalogs to relink the “missing” photos and to restore the catalogs’ directories. Restoring catalogs can be a complicated process and it’s not something my students need to master. But once this had been accomplished, the lessons could begin. And that started with my coaching Glenn weekly in the finer points of importing, organizing and managing his photos and catalogs, and later, moving on to the Develop module.

Glenn had also been photographing his store inventory on live models and as still life for his online Etsy store. However, he wanted to make his product photos more competitive with the bigger online retailers with lessons on using studio strobes and tricks and techniques for styling and propping fashion.

To cost effectively outfit a makeshift photo studio that would meet his growing needs and allow him to work professionally in the small basement space he’d allocated for his “studio,” I had Glenn shoot with his camera tethered (connected) directly to his laptop. This way his camera captures went directly to the computer and this approach allowed him to check for focus and composition, inspect clothing details, apply adjustments and choose his final photos as he worked. This made for faster, better results and less post processing time. I sat in on a couple of his photo shoots and demonstrated styling techniques using the tools that pros use to make fashion garments look their best.

These days Glenn is pretty much self-sufficient. Now I see him just once or twice a year as a refresher, whenever he wants to learn something new in lighting, Lightroom or Photoshop.