I now regret recommending CalDigit to my clients

I usually avoid making disparaging comments regarding products, but today, I discovered that Caldigit RAIDs are not supported on M1 Macs. I was working with a client recently with whom I had recommended a Caldigit T4 RAID Thunderbolt 3. The Caldigit T4 RAID TB3 we’ve been using as a backup on his 2017 iMac would not mount on his new M1 iMac. So, I contacted CalDigit tech support.

Here’s the condensed transcript from the online chat with CalDigit tech support:

Lightroom Guy (LrG) – Hello, I’m working with my client to get his Caldigit T4 RAID TB3 up and running on a 2021 M1 iMac. I’ve installed the Drive Utility. The Drive Utility appears to “see” the T4 but it doesn’t mount. We need your help getting the RAID up and Running. Thank you.

CalDigit Support (US) joined the chat

CalDigit – I regret to say that we do not currently have viable drivers that will allow use of the T4 RAID on any M1 Mac system. We sincerely apologize for the inconvenience this causes. In order to use the T4, you will need to connect it to an Intel-based Mac system.

CalDigit – In order to access the T4 on any level whatsoever, you will need to connect the T4 to an Intel-based Mac system

LrG – That doesn’t make any sense. What good does the T4 do backing up a computer I do not use. Since you cannot support the M1 Mac, will you refund my investment?

CalDigit – The hardware changes made with the M1 mac systems make driver/software changes extremely difficult, especially for legacy hardware. I regret that we are unable to do so, no

CalDigit – The M1 Mac systems do not support the T4’s drivers and attempts to circumvent the hurdles of the new M1 macs are proved unsuccessful. As of now, the only way to use the T4 RAID is on Intel-based Mac systems. 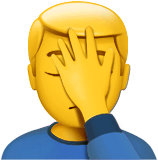 I can’t believe this!

(not part of this dialog)

LrG – So, we’re stuck with a doorstop from Caldigit.

CalDigit  – The T4 RAID will still work on Intel-based Mac systems, but not on the newer M1 hardware

LrG – Had I known this I would never recommended this purchase. I have numerous clients who have the T4. You have just lost a customer.

And, you have made your problem my loss.

CalDigit – I understand your frustration in this matter and am sorry that we are not able to come to an immediate solution for you here today.

So why hasn’t CalDigit been able to figure this in in the past 10 months? They claim that it’s too difficult to write the drivers for the Caldigit T4 RAID on an M1 Mac.

SoftRAID has figured this out with SoftRAID Pro and SoftRAID Lite (for Intel+M1 Macs). SoftRAID works with OWC RAIDs, Drobo, ORICO and many other third party RAIDs.

This really begs the question, what’s going on with Caldigit? All I know is that I can no longer recommend any of their products. And my apologies to anyone who may have purchased a Caldigit on my recommendation. How could anyone have known this would happen?

shared the same problems here. I am a video editor and I use T4R as my working disk array, which made me more angry hearing that they haven’t finished the M1 based drive in Aug.. I shall never purchased their prodcuts, including drives and hubs.

Yes. Totally disappointing and expensive that CalDigit cannot figure out M1 Macs while many other companies have this done.

Same problem, absolutely infuriating. They told me before I purchased the RAID that they were developing software for M1-based Macs, it’s new to me that they are now stating it’s “legacy” hardware and they won’t support it. Really crappy, agree that they have lost a customer.

Maybe a class action lawsuit is in order for this company. I’m looking into it.

I’m in the same boat. I’m hoping that because I formatted my arrays in JBOD that I can just remove the sleds and install the drives in an OWC enclosure, but that is probably too good to be true.

Good idea, Brian. Not sure if that will work, cross brands like that. Don’t know anyone who has done this, so please keep me posted.

Will do and fingers crossed D.A.

Hi D.A. So I ordered the OWC Thunderbay 8 enclosure and I think its going to work. Mind you I did not ever use the CalDigit as RAID but rather relied on JBOD ( My thinking is I would rather trade the speed of RAID 0 or the convenience of an automated RAID 1,2,3 what-have-you for simplicity of JBOD, for just these sorts of scenarios). Anyhow I removed my CalDigit drive and installed it into the OWC sled and viola, the drive mounts and I do not need to migrate anything. If I have trouble loading all 8 bays I’ll… Read more »

Brilliant results, my friend! Many thanks for sharing your solution.

Great idea! Just curious if this has still been working for? I originally set mine up as Raid 0 and backed it up to the CalDig AV Pro 2. Since I’m backed up, I guess I could convert to JBOD. Thank you!

I found your website after contacting CalDigit about the same problem. None of this makes any sense; the people who bought T4s have to be CalDigits best customers from a transaction price standpoint. Of all customers, why burn us?

It’s a real shame because I quite like the T4 and I’ve recommended CalDigit to others.

Agreed, this is a bad business move by CalDigit.

Just got this message from Caldigit support 😡 : ﻿Hello Jasper, Thank you for contacting us. We do apologise you’re experiencing issues. We have contacted our advanced technical team who write all of our firmware, software and drivers to see if there were any updates on the ETA as of when the raid utility will be updated and unfortunately, they have told us they do not know when or if this will be updated for the M1 computers. We understand this is not what you want to hear but we do not have any additional information other than that.  Regards,… Read more »

Yes, Jesper. Caldigit should give their RAID owners a refund. But it appears they no respect and no sense of responsibility to their customers. Criminal, if you ask me.
D.A.

Totally agree. !!!!! At least they could have announced it before the launch of the new 16-MacBook Pro which I bought. I have two T4 Raids 16gb each containing a lot of footage I use daily for customers. The Raids are only two years old. Fortunately I still have my old Intel based iMac. But it’s slow. It can’t be that hard to develop some drivers for Silicon Macs. Other companies can !!!!

So angry at CalDigit right now! Can’t believe that they don’t support Apple Silicon. Spent thousands of dollars on my drives. Will never be purchasing anything from them again.

Understood @MoDee227. It is infuriating that CalDigit has no remorse regarding this issue. It shows a greediness and lack of respect for their customers.